House of Learning (HOL), under the guidance of Mr. Chanderjit Devgan , Secretary, Delhi Legal Services Authority(DLSA) and Sonal Ahuja, the Founder of HOL and an “Educational Alchemist” took up a task for rehabilitation of juveniles, titled Apna Time Aayega. She assumed a noteworthy job in sharpening the specialists to allow this undertaking as it was structured remembering the long haul change in the nervous system science of these kids. The truly necessary activity for their better future and to likewise to help the nation is to sharpen them enough with the goal that they can add to the prosperity of themselves and the general public. Sonal united individuals from varied backgrounds to add to this undertaking. From Corporate trainers, doctors, pilots, NLP experts, chartered accountants, everyone was needed to play their part to make this project successful.

The Key participants in the project were: Sonal Ahuja, Founder HOL, an early childhood education expert as well as a child and educational psychology diploma holder. She spearheaded the project. Priyanka Gulati, Principal of a reputed school of East Delhi is an NLP practitioner and a Certified International Workshop ‘Heal Your Life’ Leader. Susha P Roy has 14 years of work experience in the corporate world and in the print media. She has been working as a School counselor since 2005.

Pallavi has been in the education field for many years, currently she is working with DAV school. Sahil Verma has been a passionate content developer for the past 8 years and is currently working with Value 360 Communications, one of India’s leading and award-winning PR agencies. Gp Capt (Retd) Arvind Tripathi, served with the IAF for 27 years and now is a commercial pilot for Indigo Airlines. Chandrika is an Excellence Installation Specialist, Strategic Intervention Life Coach & a Soft Skill Trainer since 2016. Disha is a Chartered Accountant and a change-expert, NLP Master Practitioner and Excellence Installation Specialist. Prof. (Dr) Smita Manjavkar is an MBBS, MD Medicine, Professor, Dept. Of Medicine, HIMSR & HAHC Hospital with 17 years of teaching experience.

The project was divided into 4 stages to provide a better experience and consecutive results.

Stage 1 was the Diagnosis to understand what’s happening in their life, their circumstances, and the reasons of their choices. Getting into their life cycles and understanding, empathizing and listening to them for every individual took 2-3 hours.

In this stage, a great rapport was built between the children and team, each child opened up further about their circumstances and hardships, providing an insight into their lives for us.

All teenagers take stupid risks that they one day look back on and wonder what they were thinking. But studies have found it is not because teens aren’t thinking about the risks involved—it’s because they think about them longer than adults.

Yes, that’s counter-intuitive. But think of it like this: If you are on a diet and see a piece of yummy chocolate cake, are you more likely to eat it if you just glance at it, remember you are trying to eat healthy, and walk away, or if you sit there and mull over the pros and cons of eating it? The latter, obviously.

It’s the same with the teen brain. Our brains take a lot longer to fully form than was previously thought. In teens, the frontal lobe (where our decision making happens) is not as connected to the rest of the brain as it is later in life. This means teens literally cannot come to a decision as fast as an adult. Teens take an average of 170 milliseconds longer to go over the consequences of a decision, which in turn makes them more likely to decide the risk is worth it.

Stage 2 was the Creation of a to-do list for thriving eco system to support better neurology. By understanding the psychology of each child, the team could chalk out more personal plans of action and cater to each child’s need separately better. Adding friends to the mix, makes it even harder for teens to avoid taking risks.

Adults wonder why their kids’ friends can influence them so much. That’s because once you are an adult, your brain has quite literally grown out of it.

This means that teens, when spending that tiny bit of extra time deciding what choice to make, are also fighting against the overwhelming internal drive that tells us to do things that feel good. As the brain develops in adulthood, however, that connection ends and we end up getting no extra good feeling from taking risks in front of our friends.

Stage 3 was Rigorous research work and conversational programming done using scientific procedures and metaphors for individual assessment. We were met with objections, but we left no stone unturned to remove these and brought them to the state that they wanted us to be with them for longer even after the completion of project. This stage checked resilience of both parties. Theirs and ours too. It was the most challenging stage. While teens may look more like adults than kids, to a neuroscientist their brains resemble a child’s. That’s part of the reason teens suddenly starts acting like toddlers again around age 14. While their bodies are aging, their brain is rearranging itself in a way that temporarily makes it act the same way it did when they were younger.

But if you are in your twenties and have been feeling cocky up until this point, it’s important to note that this chaotic brain makeup doesn’t completely settle down until your early thirties.

Stage 4 was to assess the will power of the children in being resourceful and capability to take better decisions in the future. Final stage was full integration stage. Reflections, sharing, open commitments, readiness, promises, love, care, self-improvement, resilience, all were seen in this stage. If teens seem to not care about other people’s feelings or seem to flip out over nothing, it might not be because they are drama queens. Studies have found that teens have a much harder time correctly interpreting vocal inflection and facial expressions from other people, and so they sometimes react irrationally to emotional situations.

This stage will be followed by revisits to check their states of mind and progress reports. Undeniably, to plan prevention programs, there is a need to better understand students’ opinions of their educator’s language used in classrooms such as science, social studies, and math. Additionally, it is important to know adolescents’ views about their own listening behaviors. It is hypothesized that this type of information could provide new ideas to potentially use for prevention, intervention, and mentoring purposes. Findings might serve as one piece of information effecting positive rather than negative school outcomes for adolescents involved in violence. Though the data and findings will be from girls in trouble with the law and who have experienced school failure, it can serve many at-risk students struggling with the challenging demands of school.

Juvenile crime is one of the nation’s serious problems. Concern about it is widely shared by federal, state, and local government officials and by the public. In recent years, this concern has grown with the dramatic rise in juvenile violence that began in the mid-1980’s and peaked in the early 1990’s. Although juvenile crime rates appear to have fallen since the mid-1990’s, this decrease has not alleviated the concern. Many states began taking a tougher legislative stance toward juveniles in the late 1970’s and early 1980’s, a period during which juvenile crime rates were stable or falling slightly, and federal reformers were urging prevention and less punitive measures.

Conclusively, the entire project was an immense success with children learning not only to trust themselves and their surroundings again but also gaining a better and fair understanding of their future ahead. The team grew with the young adults, sharing experiences and laughter along with life lessons that only come from experience and self-reflection. A society where these kids aren’t ostracised but are loved and nurtured so that they can one day experience their fullest potential is the day that we, at House of Learning worked and will continue to work for.

Parents of teens often wonder what happened to the bright child they used to have. How can someone go from getting A’s to getting C’s when they seem to be doing the same amount of work? Once again, changes in the brain are to blame. While the merits of IQ tests are debatable, scientists used to think IQ stayed the same over one’s lifetime. Now it turns out that number can fluctuate widely in adolescence.

This makes sense biologically; why should your brain waste energy remembering things that aren’t very necessary to your day to day life? It’s one of the reasons that younger children can learn a second language much faster than adults; they have more synapses to store that information. And if they keep speaking that second language often enough, they will remember it the rest of their lives.

But if there is a subject they didn’t concentrate so hard on, like math, suddenly they start forgetting things they used to know because the brain is deleting that information.

As Mark Twain said, “When a child turns 12, he should be kept in a barrel and fed through the bung hole, until he reaches 16 … at which time you plug the bung hole.” 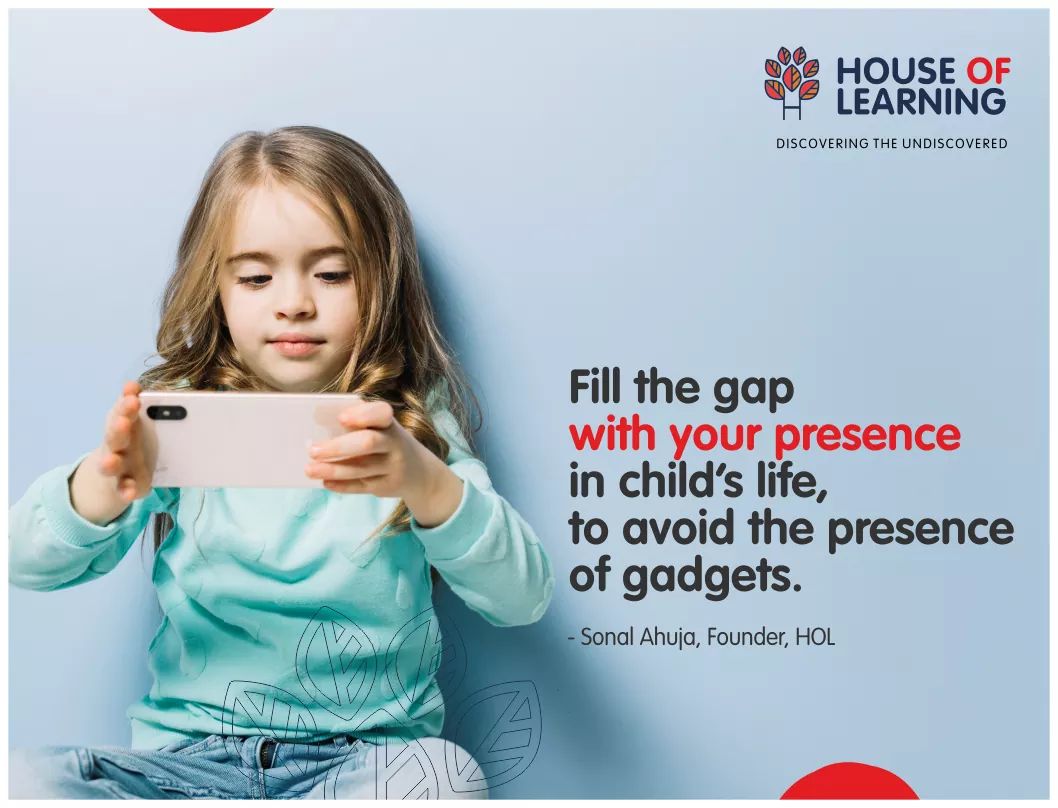 Chronically irritable children are often in a state of abnormally high arousal, and may seem “wired and tired.”
Both parents and clinicians may be “barking up the wrong tree.” That is, they’re trying to treat what looks like a textbook case of irritability and apathy, but failing to rule out and address the most common environmental cause of such symptoms—everyday use of electronics. Time and again, I’ve realized that successfully treating a child requires methodically eliminating all electronics use for several weeks—an “electronics fast”—to allow the nervous system to “reset.”

Because light from screen devices mimics daytime, it suppresses melatonin, a sleep signal released by darkness. Once the body clock is disrupted, all sorts of other unhealthy reactions occur, such as hormonal imbalances and brain inflammation.

Many children are “hooked” on electronics, and in fact gaming releases so much dopamine—the “feel-good” chemical—that on a brain scan it looks the same as cocaine use. Meanwhile, dopamine is also critical for focus and motivation, so needless to say, even small changes in dopamine sensitivity can wreak havoc on how well a child feels and functions.

Light-at-night from electronics has been linked to depression and even suicide risk in numerous studies. Sometimes parents are reluctant to restrict electronics use in a child’s bedroom because they worry the child will enter a state of despair—but in fact removing light-at-night is protective.

In today’s world, it may seem crazy to restrict electronics so drastically. But when kids are struggling, we’re not doing them any favors by leaving electronics in place and hoping they can wind down by using electronics in “moderation.” In contrast, by allowing the nervous system to return to a more natural state with a strict fast, we can take the first step in helping a child become calmer, stronger, and happier.